Over 40 years of reishi expertise.

Red reishi (Ganoderma lucidum, ling zhi), is a medicinal mushroom that has been used in traditional herbal medicine for over 2,000 years and prized for its ability to support overall health.

The Mayuzumis are a multi-generational mushroom growing family. Their humble beginnings began in the 1930s in Gunma Prefecture, a mountainous region in Japan renowned for its pristine environment and agriculture.

This is where their story begins. 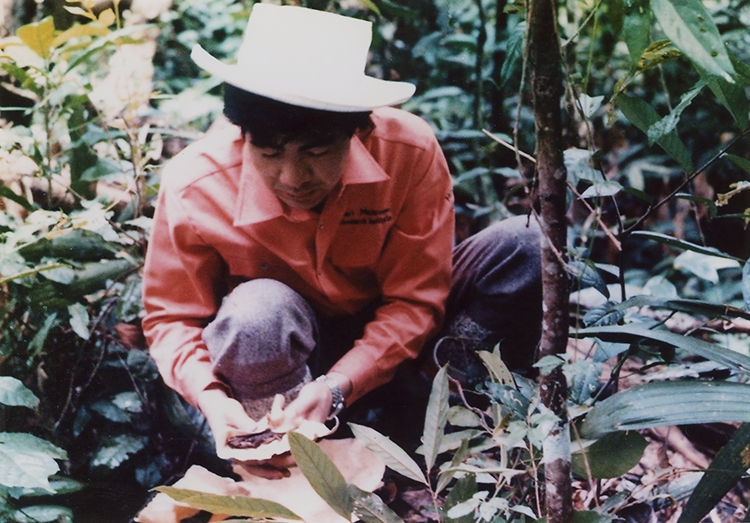 1930s — The Mayuzumi family begin cultivating edible mushrooms such as maitake in Japan.

1971 — The formulator of Mikei®, Fumimaru Mayuzumi, receives his formal training as a mycologist with a degree in Applied Microbiology at Tokyo Agricultural University.

1970s — Mayuzumi’s first encounter with red reishi (Ganoderma lucidum) is during his research of traditional medicinal herbs at the Mushroom Research Institute of Japan.

1972 — Mayuzumi discovers an exquisite red reishi strain in the wild in Matsuida-cho, a small town in Gunma renowned for its ancient plum trees. This is still the same proprietary reishi strain used in Mikei today.

1975 — With the perfect reishi strain in hand, Mayuzumi develops the natural wood-log cultivation method, a technique to consistently grow and harvest high quality reishi. It is a feat that was thought to be impossible for thousands of years until now.

1980 — Mayuzumi starts Nikkei Co. to focus on the development of reishi and to share this healing mushroom with the world.